So, as of two Sundays ago, we were officially moved into our house. We no longer have keys to our apartment, which in many ways is totally awesome. We no longer have to key lock doors from both sides, and we only have to enter/exit via one door to get into our dwelling; we don’t have to worry about the raccoons destroying our garbage and piling it all over the driveway (b/c we have a garage now); we get to fix the stuff that we don’t like, such as the mauve colored seashell sink and fake wood countertops; we don’t have to call a landlord again and listen to 3 minute messages about the electrician coming and the coupon she needs to make sure that we use when the guy comes (because EVERY message she left us took up most of our answering machine!). On the flip side, we now have to pay for the stuff that we want to fix, and pay for the electrician that needs to come out; but so far it’s been way worth it!

Quick home-owners schooling (many of you already know this stuff):

Anyhoo … so we are in the process of unpacking and organizing. It’s been slow, but it’s coming along.  By the way – it’s hard to unpack stuff and figure out where to put things and where to hang things when you don’t have any furniture?  I’m trying to organize around 2 recliners in the LR with TV trays for end tables, and an office that has no furniture and needs to be set up as a rec room/den; a guest bedroom that has no bed, and a linen closet being used to store the kitchen cabinets … it’s not a good place to start.  Plus, it didn’t help that since we ended up moving earlier than we were supposed to, we just threw stuff in boxes and brought things over (to be fair again, this is probably the way that it would have gone down regardless, but at least now I have something to blame the chaos on!).

BUT, this is what we’ve gotten done since the last post …

So, here are a couple of pics of the craziness going on in our home now, and the new floors – both hardwood and carpet (what you can see of them!). I’ll try to start posting more frequently again … just have to set up wireless and find some free time to organize this mess!

Side note … the moving was seriously the worst part of the whole ordeal. I made a deal with Patrick that I would pack and unpack everything if he did the majority of the moving. I felt as though I was totally getting the way better end of that bargain – the fun parts (especially unpacking & organizing a new home!). He whole-heartily disagreed with me, but then he got DOMS; yet, now his part is mostly completed, while mine is still fully ongoing. I’m excited to get everything organized though!

Second side note … we will either be living here for the rest of our lives, or we will be paying someone to move us in the future. I’ve said that every time we’ve moved (4 times now) – but this time I mean it. Seriously. 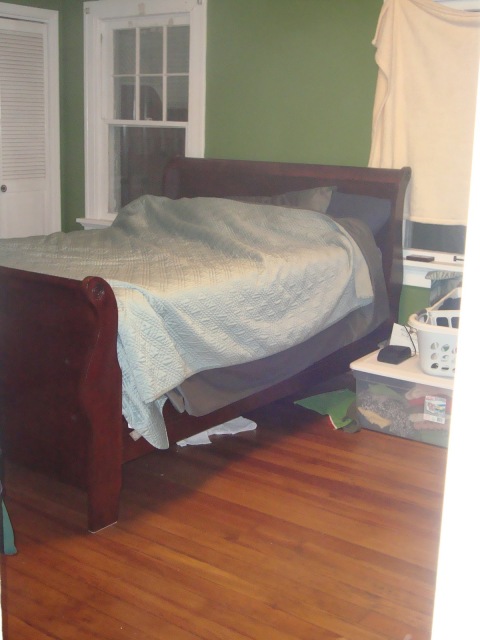 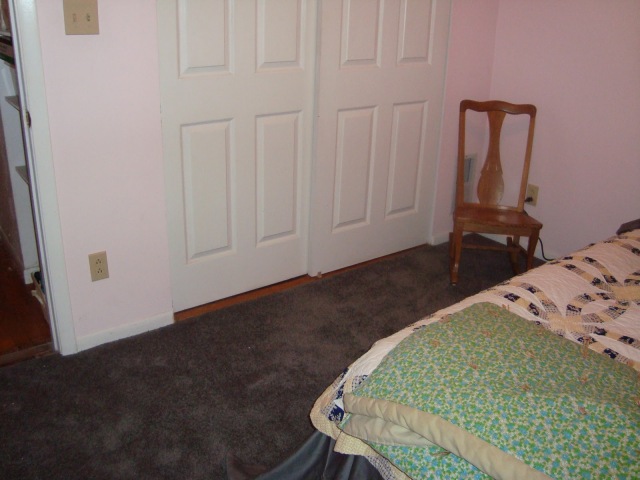