And my second December post!!  Who says that just because I got a late start posting in December, I can’t get several posts in before the end of the month!

So, the house is coming along swiftly this month.  It seems like every time we leave the house, we come home and something new is finished.  (Which, is awesome – because unlike before when we came back to the house and it was in the same shambles we left it in, and we were the ones that had to fix it, paint it, or clean it … this time, we just get to marvel at the immaculate work that is being completed for us!)  They finished the kitchen … ceiling is demoed, drywalled, painted, and the lights are hung! And, I love it, love it, love it. It looks so much bigger and grander than before, and I can’t wait to finish painting, flooring, tiling! 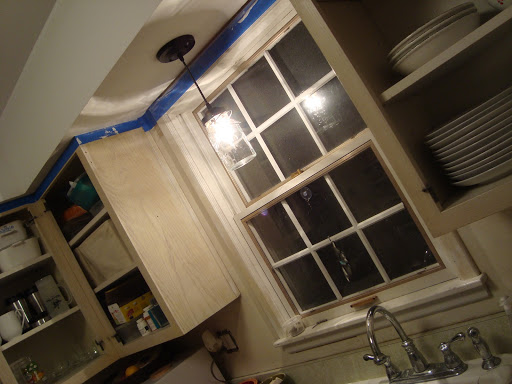 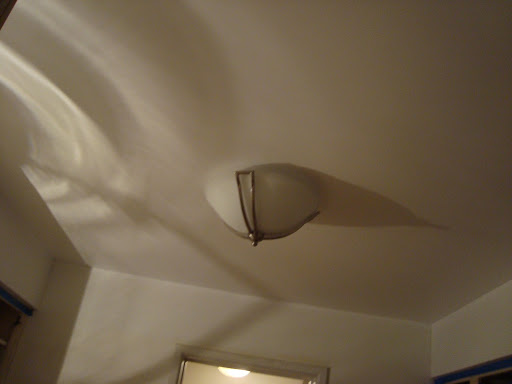 Also, like I said in the last post … the plumbing on the bathroom is completely updated (turns out I was wrong though, and the remainder of the plumbing is still in the works).  The rough inspection is going to be today or tomorrow, and then the contractor crew can start assembling the bathroom!  They did go pick up our tub, vanity, sink, and tiles for us though (great news since we don’t have a way to haul stuff).  The fixtures all look awesome!  We can’t wait until it’s all put together and we can use our new bathroom. 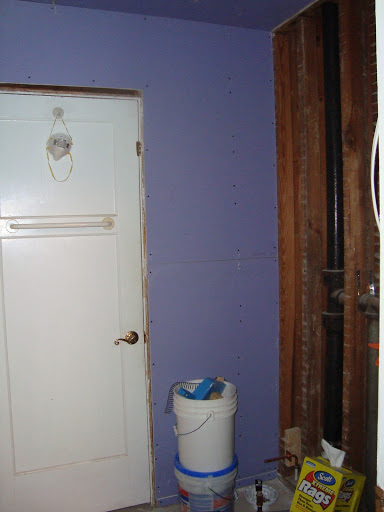 But, since they are waiting on the plumbing inspection, and can’t do anything else until that happens … we are going to have them insulate the crawl space in the basement.  Why would we need to do that, you ask?  Wasn’t that addition built in the 50s and didn’t people live there before?  Specifically, didn’t their daughter have a bedroom and bathroom in that part of the house?  Yes, yes, and yes.

The addition was built in the 50s, the previous owners did turn it a bedroom/bathroom, and yes, there is a lived-in uber-pink bedroom back there.  BUT … the crawl space and piping/duct work was never insulated.  Therefore, when it’s winter out (which happens annually here in Ohio), the floor in the back of our house gets cold, and the air being pumped back there from our furnace gets luke warm by the time is reaches the vent, the water is heated but then the frigid pipes do a nice job of cooling it before it exits the shower head, and all of that, in-turn, makes the back part of the house about 60 degrees (give or take), and a huge money pit for us.

SO, Ritchie said that while they are waiting on the plumbing inspection, he could insulate for us … this is actually exciting in the world of home-ownership.  It means less heating costs (at the beginning of winter), warmer floors & shower, and a guest bedroom that doesn’t make our guests feel like they are perhaps camping.  (This was something that we did not know about prior to purchasing the house – and once discovered, we planned on doing this … but we get to do it now!  It really is true that you need to add about 30 – 50% on to whatever you budgeted for a remodelling project to estimate an actual cost … good thing we did that!)

And, as a Merry Christmas … we got an awesome present from our good friends Katie, Shawn, and Avery.  An ornament for our first Christmas in our new house, and it is adorable and we love it! 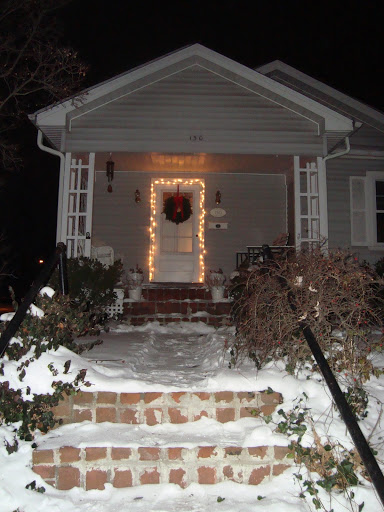