This post is self-contained.  It is not about finishing the basement or anything ooooh- or ahhhh-worthy.

It’s about jack-hammering the floor of our basement to fix a slight water issue.

Our basement has been waterproofed.  A sump pump was installed.  (Both before we bought it.)  It all works really well.  We got SO much rain this past spring.  I mean, like record-breaking rain amounts.  Inches-in-a-day rainfall.  And, our basement stayed dry.  Bone dry.  Except this one little area.  Where the water was seeping up through 2 little cracks in the floor.

I didn’t think it was that big of a deal.  I mean, with that much rain, the basement floor in our first house literally would have been fully wet (perspective, but not the best rationalization?).  Plus, the new water trickles weren’t in an area we were going to finish anyway (half of the basement is remaining unfinished, even long-term).  But, Patrick wanted to get it checked out.  I agreed; always better to have all the knowledge than just some.

So, a guy came and he knew right away what the issue was, and wasn’t even going to look under the concrete … but I asked him to, just to make sure. So, he dug up a small portion of the floor to check out where the leaks were happening. His theory was correct.

What we found out?

Basically, there is a slight swell in one area of drainage around the basement perimeter. (Swell = pipe hump, if you will.)  The water gets backed-up behind the swell.  And, since it can’t get over the swell, it just slowly seeps out and eventually works its way up these two tiny cracks in the basement floor.  (The piping that drains water to the sump pump is perforated and then surrounded by gravel to assist in the drainage.  Typically, good piping + lots of gravel = good drainage.) 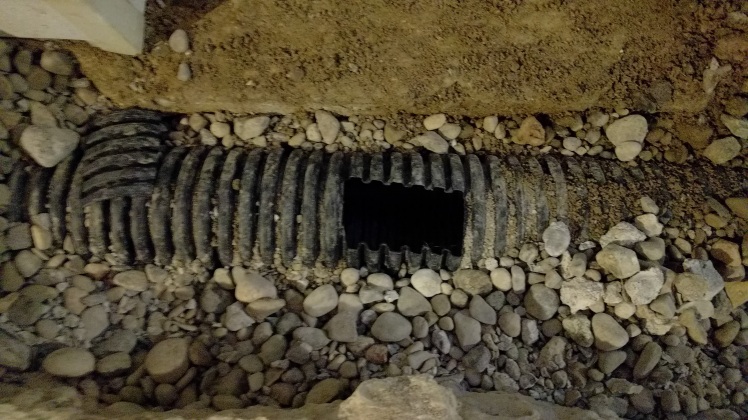 Dig up our basement floor and put in a Y-junction directly to the sump pump from that swell.  Water can flow either way now and we shouldn’t get anymore back-ups or water seepage.

Remember when I told you we had the plans to tear up that concrete patio, and replace it with a matching deck, but we decided to wait on that project (I did tell you; it’s right here)?  Well, eventually it will have to be done.  Because right now it is funneling water towards the house, directly to where this swell is.  So, while it isn’t the CAUSE of the problem (the water shouldn’t be coming in at all), it is probably contributing.

So, when the basement guys said that it’d be prudent to wait about 6 months, or a few really good rains, to make sure the issue is fixed before finishing the basement … WELL, we thought that since the patio is possibly contributing, we don’t want to fix that issue only to mask the bigger issue (i.e. make sure no water is funneling to the basement so we don’t see that water IS funneling to the basement and end up with a HUGE seepage!).  So, no backyard deck until next summer … but at least then we’ll know for sure the basement water problem is fixed.  He also said that he doesn’t really see where we could have problems going forward; the system is as complete as it can really get at this point … so we’re feeling pretty good about that.

A fun fact:  We kind of love the people who owned this house before us.  Very unlike the previous owners of our first house, the owners of our new house took care of EVERYTHING!  Sure, there are some issues, and definitely some DIY fixes that only a dad/engineer would task himself with (he was both) … overall, the place was well taken care of.  And, even though they cared for everything, they didn’t skimp on the warranties.  We have them; and some that have come in handy recently, with just enough time left to assure us peace of mind.  The basement waterproofing has a lifetime guarantee.  So, the worst part of this whole ordeal was just that we had to spend an hour moving stuff and hanging plastic; then the inconvenience of loud jack-hammering and parading buckets of gravel/concrete in & out.  And, that makes this whole process VERY manageable. 😊 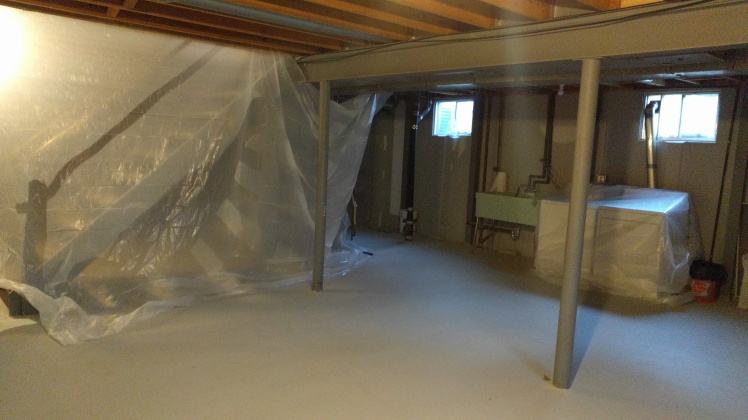 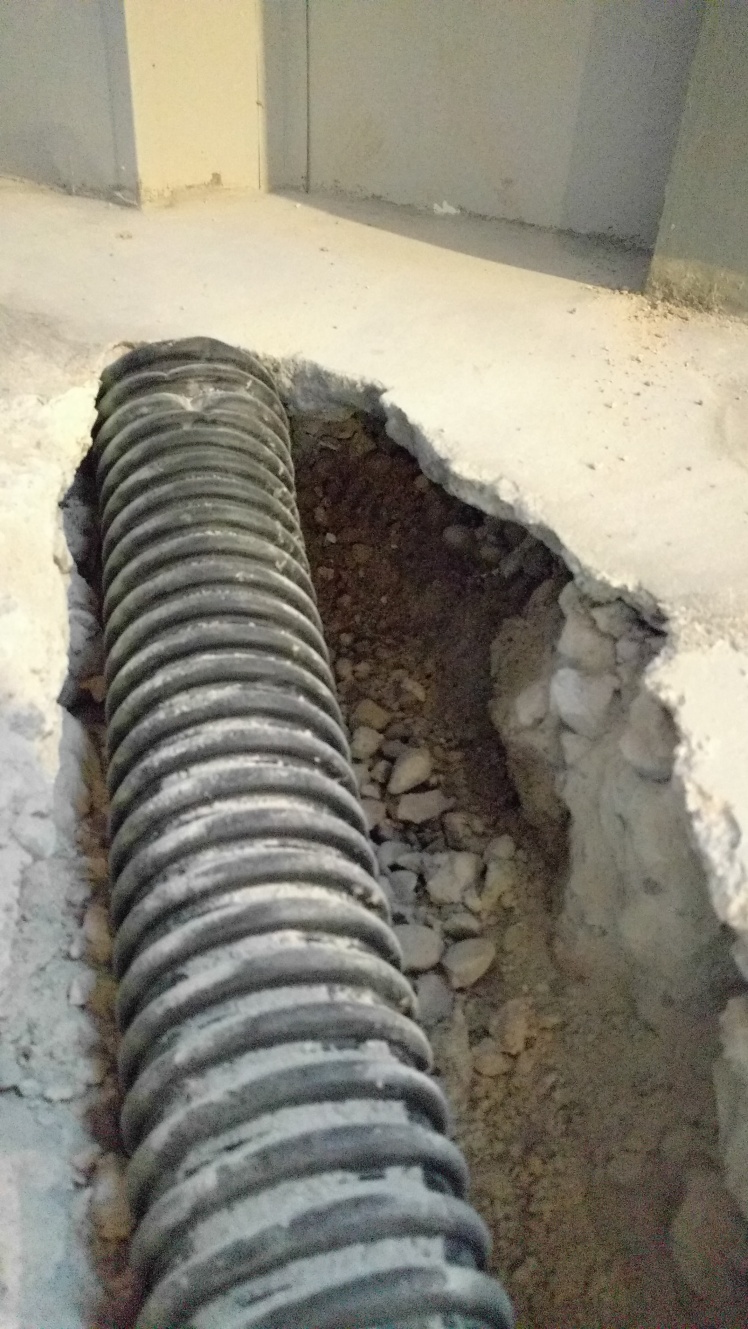 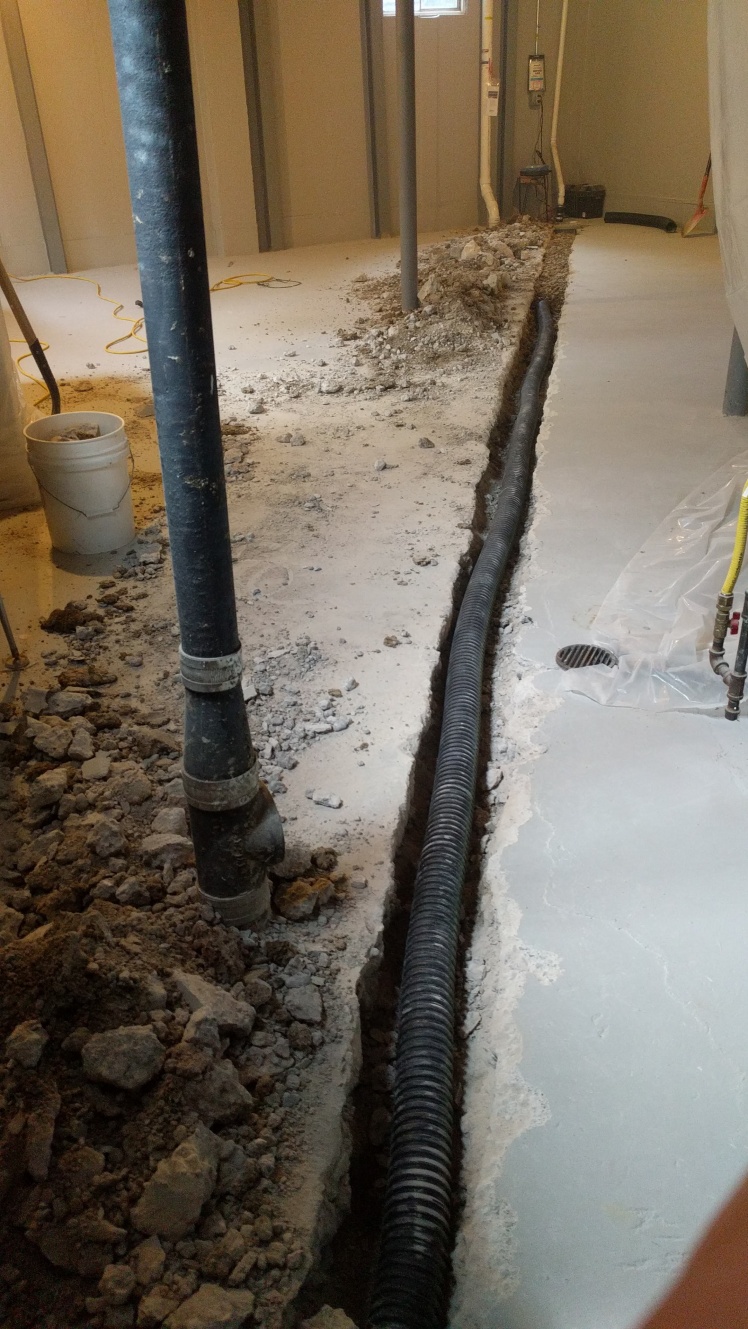 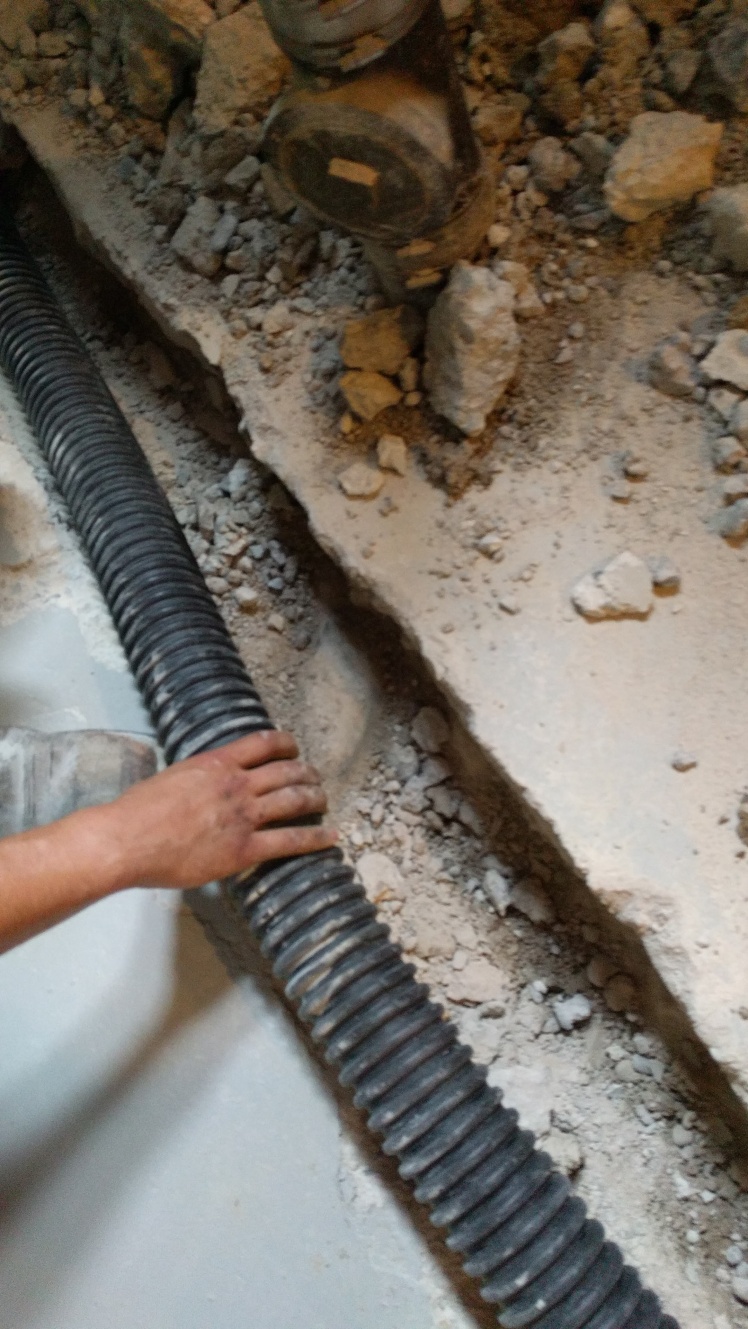 One thought on “The Basement.”