So, I started these bedrooms back in October 2018.

Only, I ran out of trim. I mis-cut a piece and then didn’t have enough because I literally only bought EXACTLY the inches I needed. (I’d say rookie mistake – but I honestly did it on purpose … because the numbers worked out so perfectly and I’ve put up my fair share of trim, and I’m pretty good at it, and this was all just flat with 45 degree corner cuts – not even crown – so, anyway, my mistake.)

I installed all the trim I could.

Then I replaced the light fixture in the front bedroom.

Then I replaced all of the covers, hardware, & hinges in the rooms.

Then I put back all of the furniture and re-hung curtains.

Then I remade the beds and pretended both bedrooms were just finished.

Except, the back bedroom was missing 3 cuts of trim, and I had just painted to an imaginary line behind where the trim would eventually be installed.

At this point, it should be mentioned that from the very beginning, my entire design aesthetic for these 2 guest rooms (& the house basically) were for them to look the same. I installed the same trim work, did the same paint scheme (with 2 colors), same quilts (in different colors) … you get the point. So, I purchased some literary prints I have had my eye on for a few years – but never had a place to hang them in the previous house – and I bought 6 – intending on 3 for each room.

(Also, note, I bought these prints back in 2017, right after we bought the house. I’ve known what I wanted to do in these rooms FOREVER … but have just recently, well last year – gotten around to it. This work has got to ebb & flow – it can be overwhelmingly exhausting.)

So, when I was finished with the reno work, but before April – I’d say it was around January – I ordered frames & mats for these prints (the prints are odd sizes @ 12”x18”, plus I wanted unique, offset mats with more white space on the bottom).

When I had those assembled, I took them upstairs to see which ones I wanted in each room. I took them all in the front bedroom first – because in there, there are 2 walls the prints could be hung on, and I wanted to see which looked better. (In the back bedroom, there’s only 1 spot to hang all 3, due to a window & doors & the bed placement.)

But, when I set them down on the floor, in the approximate position they’d be hanging on each wall – well, they just looked so good all together. All 6 of them – 3 on each wall. So, I left them there for a few more weeks. I had to decide what to put in the back bedroom if I was going to hang all 6 in the front.

I bought that last piece of trim, cut it, hung it, painted it … and finished the back bedroom.

I also just hung all 6 of those prints in the front bedroom … because they just looked so good all together.

I still don’t have any art hung in the back bedroom – which is the *almost* I mentioned back when I told you the bedrooms were finished – because I don’t know what I want to put in there. I can’t figure it out yet. It’ll come to me eventually, and I have some ideas, they just aren’t quite there yet – you know? I like them (my current, incomplete, rambling ideas), but I’m only at like 82%.

It’s okay. I’ll figure it out. It just might take me until July or October? [And then I’ll update you guys in like January. (optimistically!] I also think that I might need different curtains & rugs in that bedroom. (It’s. Bare. and a lot of white.)

But it is finished, renovation-wise, which is the more pressing part.

But the front bedroom, it’s completed. Checked off the list. Nothing left to do – furniture, bedding, rug, curtains, lighting, hardware, art … it’s all finished.

And it might be my favorite room in the house (although my office is closing in on that very close race – more on that update soon. 😉)

The colors in both rooms turned out just like I wanted, but the purple looked even better than I imagined (yes, purple) – it’s so rich, with tons of depth … in person anyway. The other room is hunter green – and that too looks great and has a nice sheen and richness to it too – it’s just not as royal as the purple – you know? (& maybe I love it so much because I’m partial to those literary prints, because I loooove those too.)

Anywhooooo, I’m pretty happy with the end results, and also that they’re just finished. (Well, except for that pesky art/décor issue.)

Here are the details … and then the pictures.

1st – the Back Bedroom (or the green room) 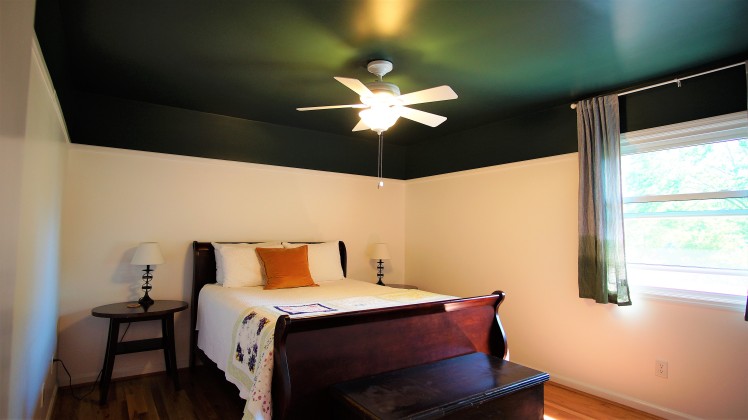 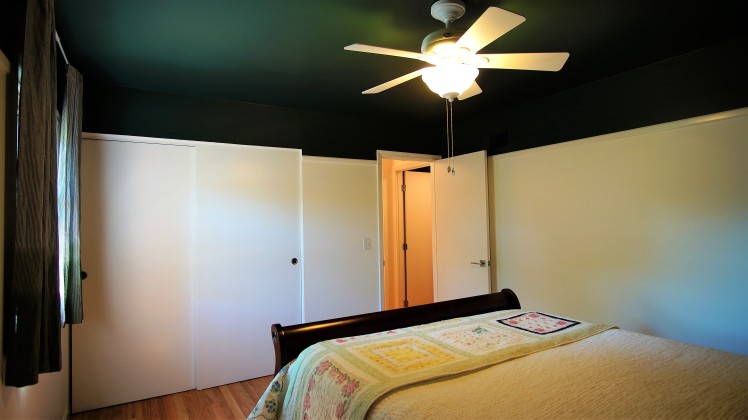 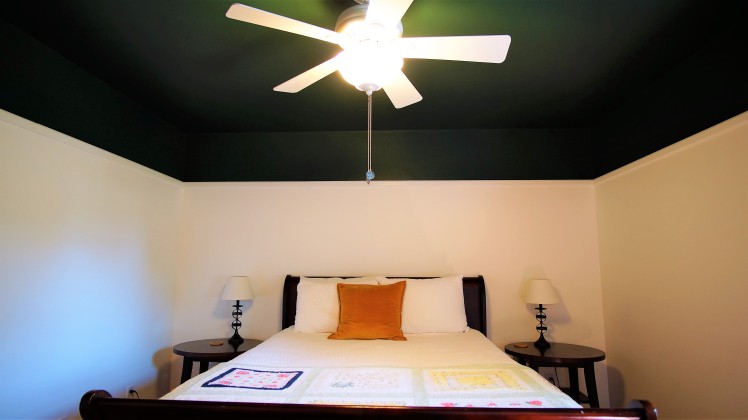 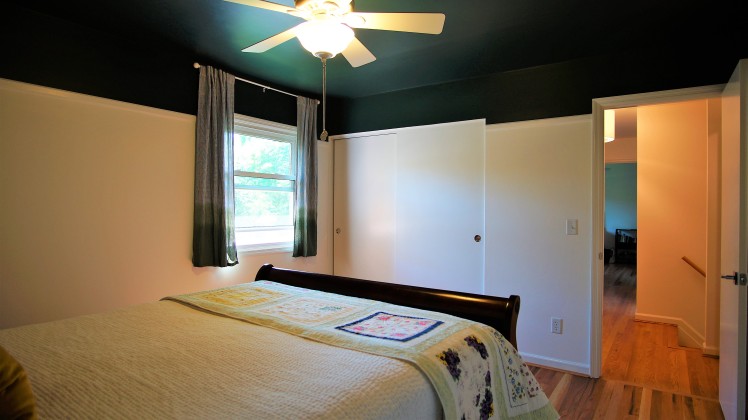 And the Front Bedroom (or the purple room) 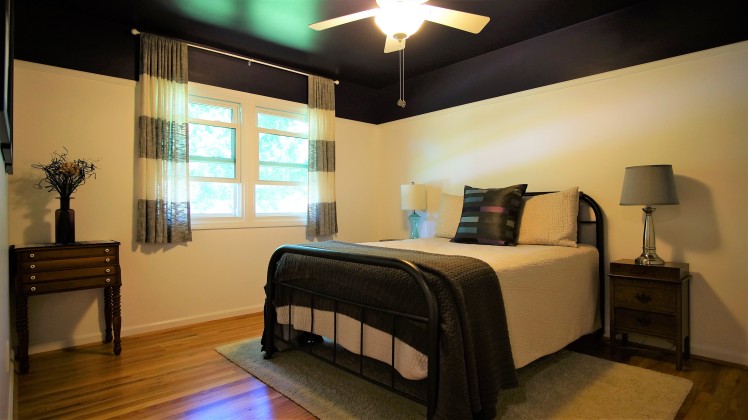 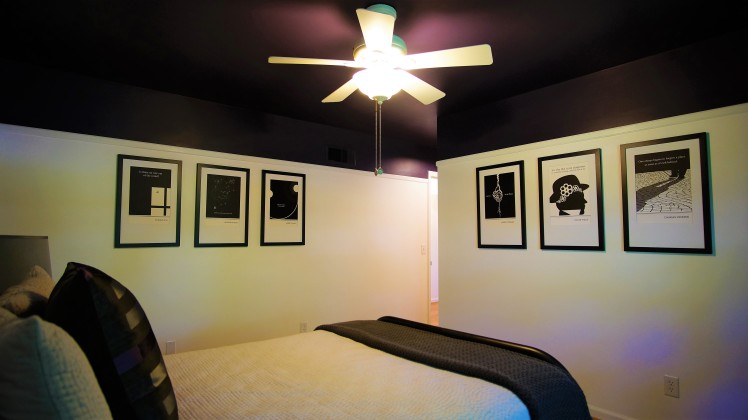 And, for quick reference … here are the B&A pics.